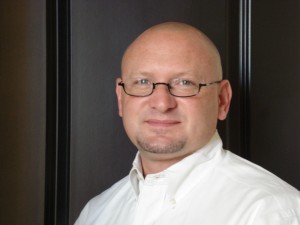 MANSFIELD, Texas – August 10th, 2016 – In the year since AngMar Companies announced the hire of John Geyerman as Vice President of Operations over AngMar Companies Retail Group, the company reports increased profit and growth across the brands and unveils an aggressive new expansion strategy already in the works.

The Mansfield-based company is established in the community with five retail offerings, each excelling in its varied products and services. The properties currently operate in Mansfield and Burleson, with plans to expand across North Texas and into other regions of the state under Geyerman’s leadership.

“When we brought Geyerman in, our expectations were clear cut,” says AngMar Founder and CEO Mark Eddins. “We challenged him to streamline and elevate our existing operations, and to identify strategic growth opportunities. He has more than exceeded that challenge and we are well down the road to doubling what we currently offer in retail and entertainment.”

Geyerman’s operational background is a testament to his effective leadership, with executive and management roles in such restaurant and retail heavy-hitters as Schlotzsky’s, Wal-Mart and the H-E-B grocery chain. Geyerman emphasizes energy and integrity in his team, with an emphasis on growing passionate leaders.

“It was the caliber of the team already in place that allowed us to enjoy so much success so quickly,” Geyerman says. “It was a simple matter of tapping into the talent and work ethic on staff and teaching them effective service approaches while cultivating their unique strengths.”

In May 2016, Geyerman hired Chef Carlos Rodriguez as Food and Beverage Director for all of AngMar’s food service options. Currently, the company is concepting and constructing the following new projects: